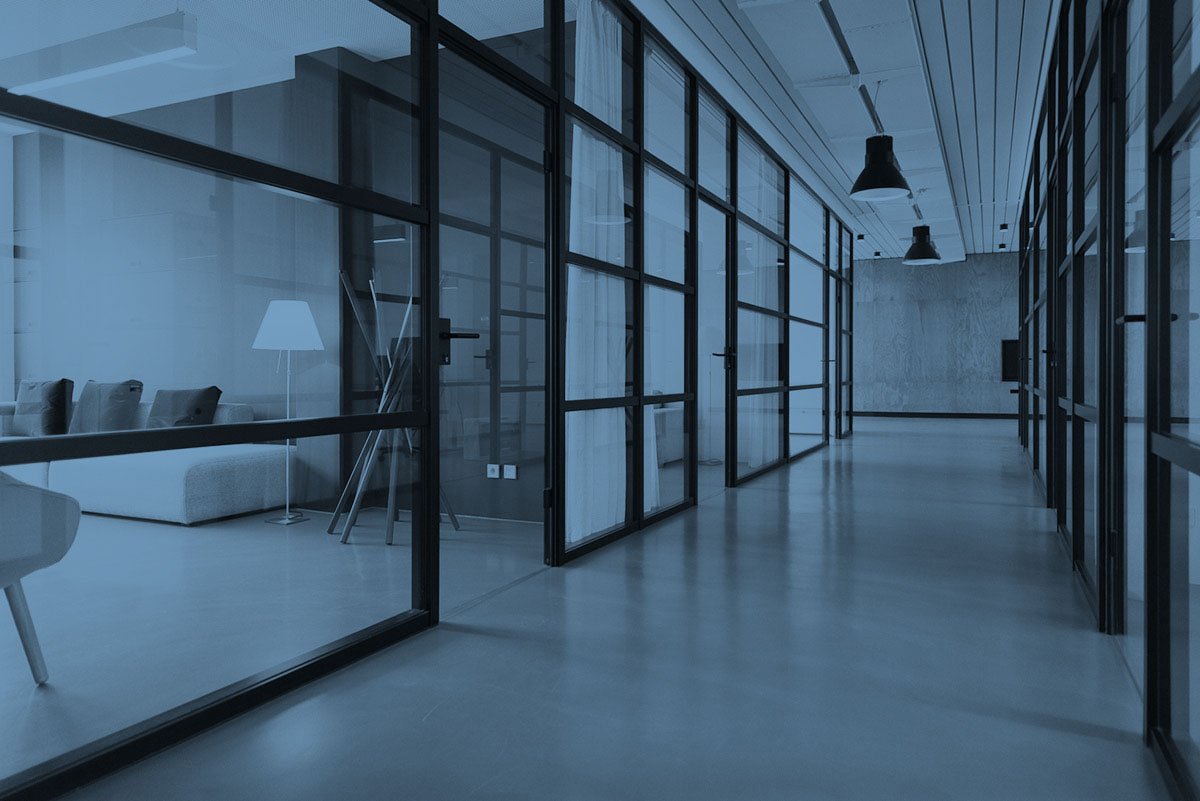 Rental via Airbnb and other platforms: How to avoid heavy tax penalties

It was good business for Luke and Paul. Three years ago, Phillip had moved out of his flat share because he had finally finished his studies. But instead of looking for a new roommate, the two friends, who had already been at work for two years themselves, had a great idea: they wanted to rent the vacant room to trade fair visitors and tourists in future via the Airbnb platform. This, according to the calculation, would bring in at least double, if not triple the regular rent and provide the two residents with a nice additional income.

Income from renting via Airbnb bypasses the tax

No sooner said than done - Lukas, the main tenant of the flat, registered with Airbnb, advertised the shared room for subletting and received the first enquiries after a short time. Cool, the two of them thought and enjoyed the little extra prosperity they gained from the temporary rental. Around 1,200 euros per month in rental income came in this way. Lukas and Paul shared it among themselves. Life was good. Too nice for such dry topics as taxes from renting and leasing. Or to put it another way: no tax office ever found out about this rental income. 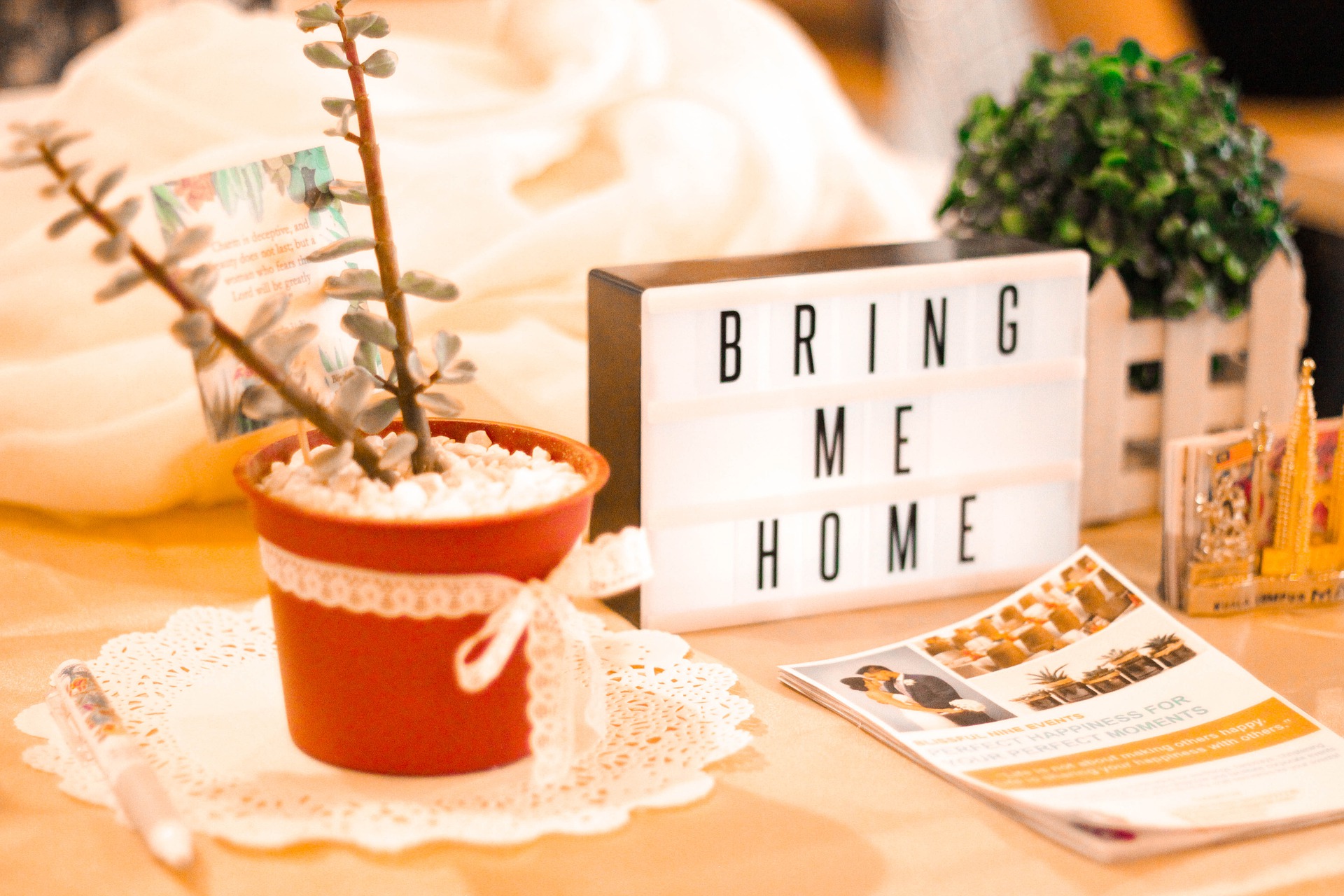 They should have been included in the tax return. This is because income from the rental of real estate - even if it is only a single room, which is occasionally rented through Airbnb - must be declared.

At least if the income exceeds 520 euros per year and the total income of the landlord is higher than the basic allowance (2020: 9,408 euros for singles). Rental income is regulated in § 21 EStG "Income from letting and leasing", and this also includes the short-term letting of holiday flats or rooms. If a landlord conceals such income, he evades taxes and cannot plead ignorance. There are serious consequences. Back payments, interest and late payment surcharges are the lesser evil. Much worse are high fines or even up to five, in particularly serious cases up to ten years in prison.

But Lukas and Paul, as well as many other Airbnb landlords who do not declare their rental income in their tax returns, have not had much to fear so far. It was to their advantage that the Irish-based rental platform has so far seen no reason to allow German tax authorities to view their client data. It is true that the company states on its website that "income received as a host on Airbnb is considered taxable income which may be subject to various taxes such as rental tax, income tax or VAT". However, Airbnb understandably does not have a strong interest in ensuring that landlords also remember their tax liability. And certainly not to disclose customer data. A paradise for tax evaders. Hamburg tax investigators did not let up, however, and were finally successful. A court in Ireland has now ruled in the last instance that Airbnb must provide information.

So now things could be close for Luke and Paul. Because with this judgement the time of carelessness of Airbnb landlords who do not tax their income from rentals is "unfortunately" over. The tax authorities will now evaluate the material from Airbnb. However, it still has to be distributed by the Hamburg tax investigators to the individual federal states and tax investigations, leaving a certain amount of time to prevent the worst consequences of tax evasion. But this can only be done by means of a self-denunciation in which all (!) previously undeclared income (not only that from renting and leasing) is listed in full. Whoever tricks here and leaves something out will be fined despite the self-denunciation.

Timing is also important. Because only those who

1. has not yet received an order for an external audit OR

2. could not assume that the tax evasion would be discovered

The mere control material does not automatically lead to the assumption that evasion is detected. So just because a landlord has learned that the tax authorities have gained insight, he does not have to assume that they will notice his tax evasion. In this respect, he can still go unpunished in the event of a self-denunciation even with this knowledge. Nevertheless, in view of the first point, speed is of the essence. The tax offices will soon receive control material from the tax investigation department. And at the latest when the question about the rental income is in the letterbox, a self-denunciation is no longer possible.

A voluntary disclosure can protect against penalties, but not against back payments and interest. All taxes on the income earned so far must be paid in arrears in any case. And interest is also due on the back payment, currently at a rate of six percent per year. However, the interest always starts on 30 March of the following year. So for income tax 2018, which had to be declared in 2019, the interest run began on 30 March 2020.

The following back payments and interest would be due for Luke and Paul: 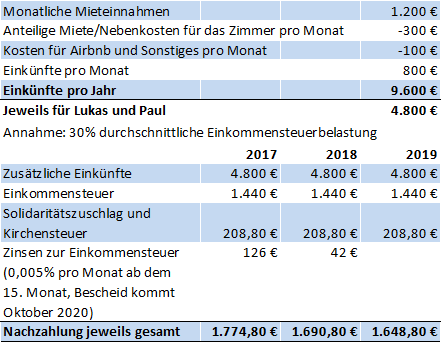 If the tax office suspects tax evasion, it may change the assessment notices up to ten years retroactively. If, for example, the income from 2014 is subsequently taxed and the amended assessment arrives at the landlord in October 2020, a further 27 percent interest is due on the additional payment. If no tax return is submitted at all, the tax can still be assessed 14 years after the end of the calendar year in question.

Act now and disclose income from letting. We can help you!

By filing a self-disclosure, you can avoid the authorities. Do not take any risks in the hope of not being discovered. It's better to put your cards on the table and declare all income - both from renting through Airbnb and any other income that may have fallen by the wayside in the past. We will help you to make sure that everything is in order and that you don't forget anything. My team and I will fully investigate your income and assist you in making your corrected declaration.

Moreover, the scheme does not only apply to income from Airbnb subleases. It can be assumed that the tax authorities will now also request data from other rental platforms. And the ruling of the Irish judges proves them right. So if you also have rental income from other platforms (for example Fewo-Direkt or other holiday accommodation portals), you should also act quickly.